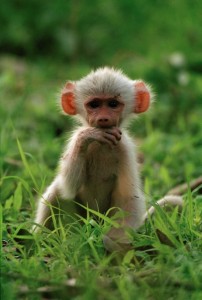 There I’ve done it! I shamelessly made “sex” my title so to attract more traffic to my stop-and-walk-away-from-the-traffic Horizontology. No really, I did have some things to say about sex and specifically, sex and the Horizontologist.

Yes, fantasizing is a skill that over eons of time developed due to the human sex imperative.  The natural mind of man, perfected out of necessity, the singular ability to conjure up whatever comforting image it chooses in order to humanely endure times of prolonged lonesomeness.

The ability to create, fashion and decorate your very own fantasy and then have the presence of mind to allow your being to dwell there in the fantasy participating or not  — well, it’s actually quite godly when you think about it.

Look away from the flat screen

see at last the obscene green of eyes

Hold in your hand a tree branch

and not a plugin application

Sex is a drug or probably about four drugs — dopamine and so on.  Each drug has its own trigger.  There’s the arousal trigger — that’s the dopamine I think and also some good old-fashioned serotonin — and there’s the cuddle trigger. . .

Yes, that’s right:  the cuddle trigger.  Scientists have identified a unique brain secretion activated by or through cuddling.  Some people love to cuddle.  Now we know why.

We can talk about sex for hours but that would eventually become pointless in a very existential way.

The Horizontologist looks always to the animals, fellow sojourners on planet Earth.  What are the wolves doing?  What are the baboons doing?  Deer?  Rodents? Turtles? Crickets? Beetles?

We live within a sex fabric from birth to death.  Procreation is creation (or vice a versa).  Sex is the protocol.  Sex is the imperative.

I will talk more about sex but not now.