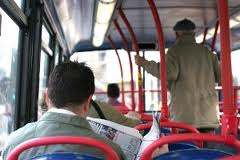 Whereas Nebularity (discussed previously) describes a negative or non-expansive state of the individual, Typicality describes a negative state relating to society. Nebularity pulls the self downward and inward. The mind constricts; the body constricts. Typicality, the second impediment to  Horizontal Thinking, pushes the self, now collapsed inward, into various, seemingly prescribed, life roles.

Think about it! Think how preposterously typical the world is! Everywhere you look, people are where you expect them to be. People waiting for a bus, dental hygienists, people soliciting prostitutes are exactly who you would expect them to be. Cafeteria workers, two-timing politicians and Chinese acrobats seem to have been all perfectly cast into their roles.

A certain section of the city brings its own variety of characters. They stand and move as if by direction.  Where are the pretty girls?

Which brings me to Sigmund Freud who said, “Anatomy is destiny.” Yes. Our bodies, our instruments…

But I say, “Destiny is anatomy.”  Beware the well-worn path that molds our legs and stoops our backs.  Beware the push to conform, the jab to suppress your true exuberance, your very original and unique outlandishness.

Rules, regulations, laws…these exalt Typicality.  The aim of the law is conformity and ease of enforcement.  Notice how close the two words:  rules and roles.  The Horizontologist breaks the rules (gently of course) thereby breaking away from a  role that was assigned but never wanted.