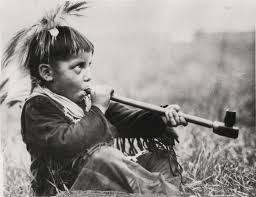 Smoking, to me, is a symbol.  Once upon a time, tobacco was cultivated, dried, prepared and smoked, not as in the compulsive consumption that marks the modern — shall I say addict.  Smoke was sacred to early man and it is well documented that among the native confederations of the Americas (Indians), various grasses, most notably, sage was let to burn to purify and sanctify both time and place.

European settlers were passed the “peace pipe” as they sat awkwardly in the circle of elders.  By then, the Native Americans had taken to ingesting the sacred element into their  lungs reasoning that what purifies their abodes can do the same for their bodies.  The settlers developed different notions about this new thing called smoking.

Tobacco was tossed out of the temple and into the streets where it became another indulgence in the material world.  I am here to tell you it is, in fact, a pleasure.  But like any pleasure, if it is pursued too much or too often, it ceases to be what it once was.

Many people today are suffering as a result of a great imbalance with regards to tobacco.  They are not intending to smoke but are compelled to smoke by something seemingly out of their control.  In frustration and disgust, they tear themselves away from their harmful pleasure and, in not a few cases, partake no more.

The Horizontologist wants to enjoy his life.  Can he not smoke suavely unmolested by complaints and prohibitions? I say “Yes!”

You may smoke but you must follow these three rules:

1. Acquire only the finest, most naturally prepared tobacco you can find.

3. Smoke only when you are not working, traveling, exercising, walking or involved in any sort of mundane chore or errand.  This will be the time marked by smoke.  You will have a smoke to stop, to speculate in private or talk famously with a friend.

Yes, smoking is a symbol, my fellow Horizontologists.  Let us regain our power over this mighty substance of spirit energy. Shake off the hand that grips your shoulder and compels you to artless repetition.  Walk freely and rest by a quiet rock just out of the wind.  Sit down.  Loosen your tie, your belt or sash, your trembling tired thoughts.  Have a cigarette.

One thought on “Smoking”