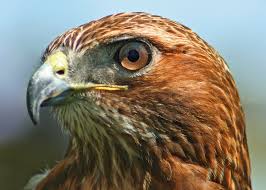 I wish I had a chipmunk.

Before I talked about the Contingent Universe, contingent on you and your particular outlook.  Everything exists dependent upon an observer.  What is it?  Is this not the question to ask of the ten thousand things?  Each and every blade of grass or ashtray or journey?

Now I am quoting from Hamlet to usher in a nuance of this contingency:

“.. there is nothing either good or bad, but thinking makes it so.”

We the observers are forever using our noggins, thinking and creating and what we think, we create.  There is the desirable and the undesirable.  There is the longed-for and there is that which to avoid.

The chipmunk wears a light brown suit of guile and blends invisibly with the underbrush.  Is this not a good thing for the chipmunk?  Did he somehow wish it into being?  Is this not the core mechanism of evolution?

So I say wishing makes it so.  Wishing — so maligned in today’s world.  Wishing is often seen as a surrendering to fantasy instead of doing something, some action to bring about the desired outcome. But could not wishing be the key?

The chipmunk wants to blend into his surroundings so as not to be seen by predators and so this desire becomes reality — not because the little mammal did anything about it…except wish it.

My fellow Horizontologists, do not underestimate the power of the wish.  Wish upon a star, a falling star.  Maybe it’s just a piece of space debris.  It’s a beautiful sight and there’s nothing stopping you from wishing upon it. Dreams really do come true. If you have a dream, dream it.  Take time to dream it, nurture it, let it fly. It is your desire, your reality.