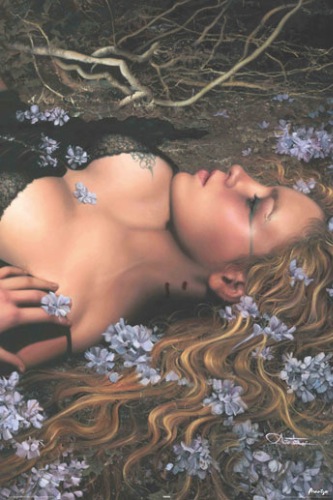 If you were trying to start a new religion, I can imagine the registration process going before some sort of high commission that overseas the registry of new religions. The High Commissioner would call out the usual questions:

Name of Religion?  Horizontology, Your Highness.  But, it’s not a religion really because…

The robed official grasps for his last strand of patience: Who is in charge? — Well, that’s just it.  No one’s in charge.  There’s no hierarchy, no pope, no prophet, no Dalai Lama.

The High Commissioner wrinkles his prodigious nose as if to a bad smell:  Belief System? — There are no required beliefs for a horizontologist, Your Absolute Royalness, but if there were, there would be also no system to it.  Beliefs are more to do with psychology than with cosmology, I mean, in my opinion, Your GoldStandardness. Horizontology says:  Use, interact with what heals you, instructs you.  Some people commune with something that is kingly, a creator.  Others live a very spirited open-ended way.  Life is a gamble and each day, a new beginning.

After the High Commissioner has recovered from his coughing fit, he continues:  Scripture? — Just this humble blog, My Lord.

Customs, Practices, Rituals, Holidays? — Participants lie down, You Worthiness. They lie down and try to learn ways to live horizontally as opposed to the usual vertical way most people live.  No saints to speak of, Your Esteemedness, but yes, we have holidays.

Certainly, Horizontology would be shown the door having met none of the standards by which a religion can be founded.  It is not a religion, Ladies and Gentlemen.  It’s just a little idea.  The idea is to follow the path of water for awhile, to stop or slow down striving, to create some signposts by which to navigate in this world as we flow downstream.  Instead of ten commandments (commandments infer retribution if not followed), Horizontology offers the Ten Suggestions.

There you have it.  It may not be what the High Commission considers the basis of a religion, but it can be something informative, understanding, constantly changing…